My New Family Wikia
Register
Don't have an account?
Sign In
Advertisement
in: Character, Male, Ryder (first name),
and 23 more

Shane Harper
Ryder Harding is a character in My New Family Series and the male main character.

He is a member of the Harding Family and the Copeland Family through marriage.

Ryder appeared to be a bad boy and a bully, not stopping to torture his favorite victim and keeps pulling the family into trouble. As the story goes on you can see him become a little more mature, but then taking steps back and causes trouble again. After he and Olivia started dating, you can't see much of his player past and he tries to be a real, caring boyfriend. 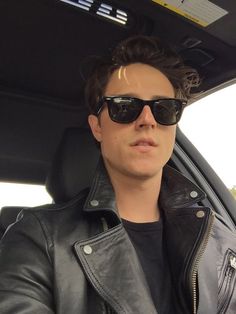 Ryder and Olivia have known each other since they were kids and even dated, but were broken up by Tiffany, who had blackmailed him. Ryder and his family then moved away. He came back into Olivia's life as her bully and step-brother. Eventually the two rekindled their feelings. They broke up again when Olivia found out Ryder had put the alcohol into the drinks, but once again they couldn't stay away from each other. Years later they broke up again, when Tiffany tricked him into cheating on her. The two broke up again, leading Olivia to move back home. In the end Olivia forgave Ryder, moving back into the apartment with Promise and he finally proposed her.

Ryder was Eliza's first love. She was so in love, she didn't realize he was only using her. Once she did, he had already cheated on her. When she confronted him, he dumped her. Later she finds out she's pregnant with his baby.

Ryder was dating Monica for a few months. She was in love with him, but he cheated on her. After six months she found out and dumped him. Afterwards she found out she was pregnant.

Tiffany was obsessed with Ryder for many years, trying to break up his relationship with Olivia. Ryder and Tiffany dated for a while before Ryder and his family moved away. When he came back, Tiffany tried to get him back, but he had no interest in her anymore

Community content is available under CC-BY-SA unless otherwise noted.
Advertisement